Their debut album from 1998 “Nordic City” was directly nominated for a Grammy in Sweden and has become a modern classic for generations of musicians in and out of the Swedish folk-music scene.

The second CD - “Tripfolk” (2000) - contains the irresistible Dance.schott.is and stylistic experiments such as BB Cool and was followed by “Live”, recorded in Switzerland 2003.

“Nysch” (2004) was also nominated for a Grammy and won the Danish Music Awards as best foreign folk-album.

“Lost” - was released in 2009 in spite of that all original recordings where stolen before the final mixing could start – one forgotten copy of rough-mixes was found in a friends car and could be saved!

In 2016 Bazar Blå celebrated 20 years as a band with the release of ”Twenty”. Just as much as it marked their anniversary as a band, this music is also a celebration of the rare friendship that has kept them together for all these years. A unique musical and personal connection which inspires them to push boundaries and develop as musicians and as a collective.

Their latest release - ”MALMÖ 1999” came after they realised that they all had really fond memories of some of their older songs. After browsing through the archives in search for special recordings, it wasn't long before they found a real treasure - a live recording of a concert in Malmö in 1999! After some technical post-processing and 21 years after the concert, the album is released in 2020. 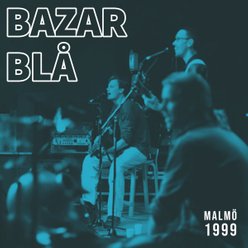 When we started thinking of a new release after our 2016 jubilee release “Twenty”, we realised that we all had really fond memories of some of our older songs. So we decided to browse through the archives and search for special recordings. It wasn't long before we found a real treasure. A live recording of our concert in Malmö in 1999! After some technical post-processing - 21 years is a long time in the development of music recordings! - we proudly present the seventh album of Bazar Blå! 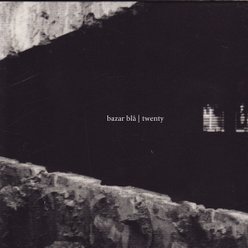 “Twenty” is about the magical gravitational forces of music and its mysterious effects on life itself. Just as much as it marks our twenty-year anniversary as Bazar Blå, this music is also a celebration of the rare friendship that has kept us together for all these years. A unique musical and personal connection which inspires us to push boundaries and develop as musicians and as a collective. From the very beginning, Bazar Blå has functioned as a sort of safe-house for musical experiments and exchange of artistic ideas, many of which have found their ways into our music and thus into our musical personalities.

Seven eventful years have passed since our previous release and, looking back, it seems both like yesterday and a very distant past. At times we came close to getting lost forever, but we just could not rush this music or force it into existence. Now it is here and we are very happy to present this next step in the evolution of Bazar Blå. 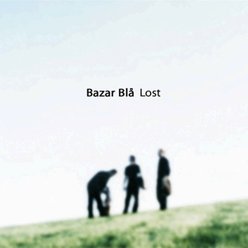 This album was recorded in September 2007. As always, we had sought out a room we liked to work in. This time it had white stonewalls, an old wooden floor and, of course, a very comfortable sofa - the right ambience for creating music and a new album. We filled a van with instruments and equipment and after ten intense days we had recorded everything we wanted and felt very happy with the result. But some surprises were on the way.

Just before Björn wanted to start the final mixing of the album thieves broke in to his home and stole all the recorded material – originals as well as backups. For a while this seemed to be the end of Bazar Blå. Time, energy, budget and even the music was .. lost ..

However, left in the car of a friend, there was a single, forgotten copy of the rough mixes they made each night during the recordings. Luckily these mixes turned out to be very close to ideal and could be saved with a bit of quite creative mastering. “LOST” was finally released and was nominated for the main Folk/Worldmusic award in Sweden - Release of the year and Group of the year at Folk och Världsmusikgalan 2009 - a great honour after such adventures! 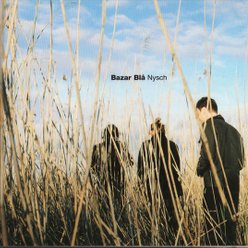 Nysch is the fourth CD to emerge from the creative minds of Bazar Blå. Their appearance at WOMEX 2003 opened doors to new collaborations, tours and festivals, which brought their artistry to many fascinated audiences far outside the borders of Sweden. The music on Nysch is to a large extent a result of these adventures. The title is short for “Den nya schottisen” - the new schottis – and that is one of many musical explorations to be made here. Bazar Blå continues to break new musical ground, this time in a mostly acoustic soundscape.

Bazar Blå have a habit of using remotely located cottages to record their albums. Keeping with tradition, Nysch was also recorded in a very cosy outhouse but this time closer to Stockholm. A car full of instruments and recording equipment, three inspired musicians, and two intense recording sessions was all it took. The result is new folk music composed, performed, recorded and produced by Johan Hedin, Björn Meyer and Fredrik Gille.

"We create our music without considerations about any specific genre but with an urge to invent our own paths through the musical territories that inspire us. The music itself, rather than stylistic conventions, tells us how to play it and the expression we want to give each tune becomes our guide to choosing instrumentation and playing techniques.” 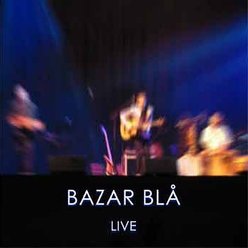 The performance captured on LIVE was recorded in Switzerland and was in many ways a remarkable event. Björn lived in Zürich at the time but this was the first time the trio performed in what soon after became his hometown – Bern. It was part of the first season of concerts in the “Tonus Labor” – an intimate cellar in the ancient old town, actually used as the creative hub of some very progressive minimal music experiments where Björn was a frequent collaborator. For most of the audience this night was the first ever encounter with anything even remotely close to “Swedish” music.

Much of the anticipation, curiosity and warm atmosphere in the room turned the concert into a very strong experience that lingered on for a long time. Following an invitation to perform at WOMEX in 2003 Bazar Blå decided to release these recordings as a CD and share a special memory. 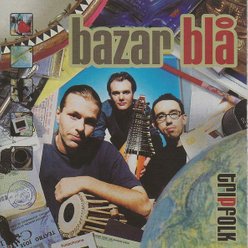 It is a difficult task to go on after a start that turned out very well. TRIPFOLK is Bazar Blå’s answer to the success of their first CD. The album was recorded under similar conditions as the debut but with even more extravagant ideas about production possibilities.

The result is new folk music – respectful to its origin but enhanced with a lot of sonic and stylistic experiments. Tracks like BB Cool, Sushi and Laija show the way. Half of it was recorded – thanks to quite a lot of meringue, cream, vanilla ice and chocolate sauce - in a cottage belonging to Johan’s family. To finish, they went back to the first make-shift studio .. and the mosquitoes.

Bazar Blå managed to take their music even further and audience as well as critics were not late to show their acclaim:

“.. wonderfully self secure and one of the biggest surprises of the year” – DN

“.. TRIPFOLK hits bull’s eye. It takes a well planned leap out in the open and sails towards new heights of style, elegance and love of music” – ÖC 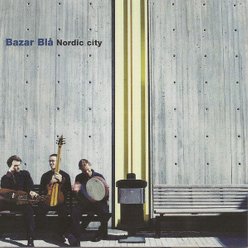 In 1997 – electricity was finally installed in a small cottage belonging to Björn’s family. Located just outside a tiny village, by a lake in the middle of the Swedish woods, it turned out to be the perfect setting for music.

Bazar Blå packed a van full with instruments and recording equipment and turned it into a very unlikely studio. One week and thousands of mosquito bites later they had recorded “NORDIC CITY”. The album became an instant classic and together with their colorful live performances earned them coverage like:

Many years later, tourists were found, amongst moose and other creatures, searching for the studio where “NORDIC CITY” was recorded..